Although Pinot Grigio is not the white wine I will pick first out of a lineup, I’ve been having a very pleasant time drinking it of late. First, there was the Trentino Pinot Grigio I picked up from Morrisons for the purpose of cooking a beetroot risotto. The recipe only required half a standard bottle so, alas, we just had to drink it! It turned out to be rather pleasant. A week or so after that, I happened upon this Pinot Grigio delle Venezie-  another vegan-friendly Italian white wine, this time from Aldi.

This the first time I’ve tasted two almost identical wines from different supermarkets, within a small enough time frame to properly compare them. Both bottles were made with majority Pinot Grigio grape, with almost the same price (£6.49 versus £6.75), and produced in the same area of Italy. Both wines carry D.O.C.G status (a regional certification) for Trentino and Delle Venezie respectively, which are pretty much the same place. It’s a little like the “not all hot tubs are jacuzzi” conundrum. Wine labels; ever confusing, eh?

Delle Venezie is Italy’s youngest protected denomination of origin, having only gained its status in 2017. It encompasses all of Veneto and the regions of Friuli-Venezia Giulia, as well as the province of Trentino, and is the largest producer of the world-famous Pinot Grigio.

I must say, as drinkable as the white wine from Morrisons was, it was this single vineyard Pinot Grigio from Aldi that stood out to me. Clear and fresh, it had some interesting mineral notes as well as classic fruity peach.

This was tasted alongside several others from Aldi’s vegan wine range, at a vegan cheese and wine tasting. It went beautifully with slices of crisp green apple, mild and creamy Violife vegan mozzarella, and that star of the cheeseboard: Sheese Wensleydale with Cranberries.

Greetings, fellow wine-lovers. I'm Jess, and I run TheUncorkedVegan blog and its affiliate social media pages. It's a simple wine review blog, on a quest to discover the tastiest, ethical wines on the UK market. On it you'll find mostly vegan, but sometimes vegetarian-friendly wines, and wines grown sustainably, organically, naturally or even biodynamically. View all posts by theuncorkedvegan 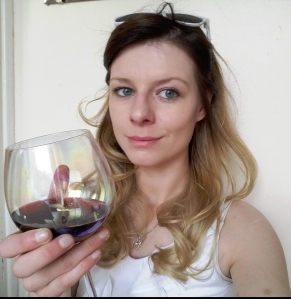 Hiya! Welcome to the blog. Here you’ll find a whole host of tried and tested vegan wines, and wines grown from sustainable, and/or organic vineyards.

The world of wine  can be a tricky one, but fear not, intrepid explorer. All posts have information on tasting notes, potential food pairings, and where to find them.

A simple, affordable expression of white Burgundy from Marks and Spencer, the M&S Bourgogne is suitable for vegans and retails under £10. Easy to drink - but definitely made better with a delicious vegan Alfredo pasta dish.
It's almost World Malbec Day 2020! To help you celebrate on the 17th April, here's a round-up of vegan-friendly Malbec you can find in UK supermarkets, as well as a little bit of history on this very cool wine grape. Plus, a beautiful visual guide to pairing vegan food with Malbec wines by the lovely @lifeofbye_art ! .
Malbec wines are not just made in Argentina! The Co-operative Irresistible Malbec is from one of the most southern wine-producing regions of Chile, and offers a smokier alternative to some fruit-forward Argentinian Malbec.
In the cooler climate of Patagonia, Argentinian Malbecs tend to be fresh and elegant. This Single-Varietal Malbec from Vinalba ticks all the right boxes- and they have an amazing array of vegan-friendly Malbecs available from Morrisons, Waitrose, and others. I can't wait to try their Gran Reserva!!! Full review: https://bit.ly/2ywn6Jv. .
What's the best #malbecfoodpairing ? Stuffed peppers, of course! The earthy flavours of wild rice, woodland mushrooms and quinoa paired beautifully with this simple but effective vegan Malbec from Aldi. Read the full review on The Uncorked Vegan blog. .
An enjoyable and budget-friendly vegan red from Aldi, Gloria Reserve Douro took a little bit of time to open up, but was ideal for simple weeknight evenings. Read the full review of this #winefromportugal on The Uncorked Vegan blog. .
Mother's Day in the UK is almost here! If you're looking for a vegan-friendly sparkling wine to give as a Mother's Day gift, look no further. Head over to The Uncorked Vegan blog to discover my tried-and-tested list of the best vegan fizz, to suit every taste and budget. Happy Mother's Day to all the mums (and mums to be!) •
Since Valentine's Day has just happened, it's only right to review a vegan suitable pink wine! Here's what I thought of this vegan-labelled sparkling wine, £8.00 from The Co-operative. •
The ideal wine to pair with risotto? White Burgundy! Here's what I thought of Sainsburys' La Terrasse Chablis alongside homemade risotto.
Produced by Borie Manoux, this nice affordable Bordeaux is suitable for vegans and easiest-found at Marks and Spencer. (Around £6 a bottle). Made in the Entre-Deux-Mers region of Bordeaux, it’s neither strictly Left Bank or Right Bank! Catch the full review with tasting notes and food pairings on The Uncorked Vegan blog. 🇫🇷 French 🍇 Cabernet Sauvignon and Merlot 🌱 Vegan Suitable

All images belong to The Uncorked Vegan 2018 or are copyright free, unless otherwise stated. Please reproduce only with my permission and credit.